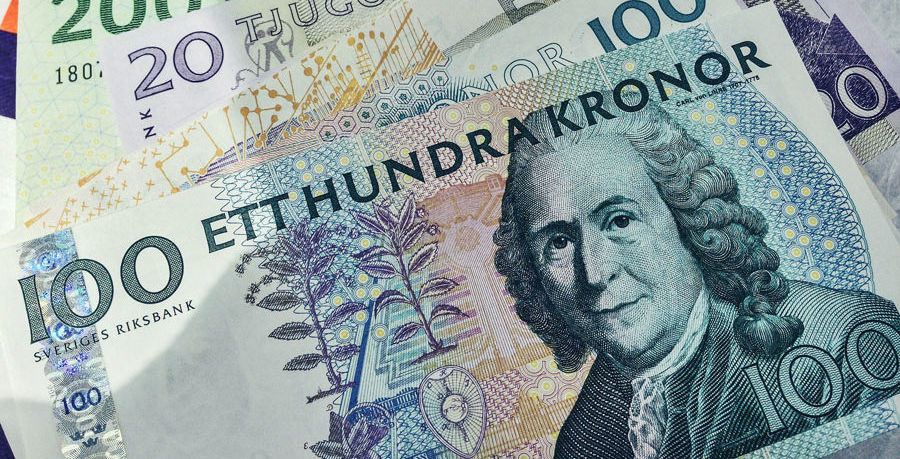 The Swedish central bank recently announced it would investigate ways to introduce an electronic version of cash. If such money would be interest-free and debt-free just like notes and coins, it would greatly facilitate a transition towards a sovereign monetary system and allow quick implementation of ‘helicopter money’.

Written  by Lars Alaeus and Samuel Kazen Orrefur, with contribution from Spencer Veale.

The move was announced by the central bank’s deputy governor Cecilia Skingsley in a speech last week. Skingsley reported that an investigation had been launched on whether the Riksbank should issue its own digital money, called e-kronas, and made an interesting case for such an idea.

» Read the speech “Should the Riksbank issue e-kronas“(pdf)

The ideas presented very much echo those in Positive Money’s proposals for Digital Cash report. These proposals would allow people (as opposed to exclusively banks and the government) to own central bank money (the only existing form of sovereign money) which would be accounted for by commercial banks or even the central bank.

If this money were interest-free and debt-free like notes and coins, it would be an important first step towards Sovereign Money, as it would allow people to choose between debt-based currency (bank deposits) and non debt-based currency (central bank reserves). It would also greatly facilitate sovereign money creation through a citizens’ dividend, as is proposed under the name ‘helicopter money’ or ‘QE for People’.

The Riksbank’ view on digital cash

E-kronas as digital cash on accounts would be a means of payment that works just like commercial bank money. E-kronas however would be issued and registered onto the Riksbank’s books. However, people could freely move their money between their commercial bank accounts and their e-kronas accounts. From the perspective of account holders, E-kronas and ‘bank money’ would be the same currency.

Skingsley notes that the amount of commercial bank money created by private banks has increased continuously. Today, private banks have created a total of 2400 billion SEK (increasing at a rate of 11% a year, now approximately 97.5% of all the money in the Swedish economy). This is about half of Sweden’s GDP. At the same time, the quantity of central bank money in the form of physical cash is quickly decreasing. It is now only 62 billion, and is further shrinking by 15% per year.

Skingsley presents digital cash as a supplement to the rapidly shrinking amount of physical cash. “Should the state accept a trend in which public access to central bank money is determined by the market and steadily decreasing over time? As you know, I do not think it is an acceptable situation,” Skingsley said.

For the central bank, this is also a matter of financial inclusion. “We are also doing this for the people who do not have, do not want to have, or cannot have access to the current version of the payment system, so that they can also manage their payments safely and efficiently”Skingsley said. According to her, while it has not been demonstrated yet in practice, in theory e-kronas could allow everyone to manage their payments without commercial banks. To achieve this, the Riksbank will have to create a complete payment system for the e-krona accounts, equipped with debit cards and all the other infrastructure and associated services now provided by private banks.

To provide a complete payment system may look like a new task for the Riksbank, but up until the 1960s central banks did provide exactly that by simply issuing notes and coins. That covered every payment need outside the banking system. Now that the development of computers and the internet has turned electronic money into a highly convenient means of payment, creating a digital form of cash with a complete payment system around it is simply a matter of updating the Riksbank’s infrastructure. Some would even argue that this is in fact an obligation for the Riksbank under Swedish law.

There are also other reasons to introduce e-kronas. Skingsley notes that “commercial bank money does entail a risk – even if the risk is slight. If the bank fails, you may not be able to redeem your entire claim on the bank from its bankruptcy estate” and that this “may create instability in the banking sector if the general public wants to withdraw their money and the bank cannot quickly sell enough of its assets to raise the needed liquidity”. These problems do not apply to central bank money as “it represents a claim on the central bank, which cannot go bankrupt.”

Since central bank money is secure, the introduction of a digital form of cash would not only make the payment system more secure for citizens and businesses, but it would also lead to a more stable banking sector. In principle, the more payments are made using e-kronas, the more stable the banking sector would be, as risk would be reduced.

If all people, companies and public institutions in Sweden used e-krona for their bank accounts and payments, the payment system would be completely safe and would be unthreatened even by the most severe financial crises elsewhere in the world.

It therefore makes perfect sense that the Riksbank will investigate the possibility of issuing digital money as a supplement to notes and coins. One of the key issues noted by Skingsley for the Riksbank was to investigate, “whether e-krona should be booked in accounts or whether the e-krona should be some form of digitally transferable unit that does not need an underlying account structure, roughly like cash.”

We strongly support a serious investigation into this important technical issue, and also believe that a complete payment system is needed around the e-krona. In our view, the easiest way to achieve this is through an accounting system, either managed by commercial banks for a fee or managed by the Riksbank itself. Because the ability to make payments is a civil right which the Riksbank already takes responsibility for, we consider it very reasonable that the Riksbank should continue doing this free of charge within the framework of a digital currency.

Digital cash would allow greater control over the money supply

If you read Skingsley’s speech more carefully you see what we believe is the most important reason for the Riksbank to begin issuing e-krona to the public: the proposal “could be expected to increase the central bank’s possibilities to steer the money supply, that is, issuing (e-krona) could in some situation function as a monetary policy tool.”

Today the Riksbank uses two main monetary policy tools; setting interest rates and government bond purchases, also known as QE (now at 291 billion SEK in Sweden!). The main task of monetary policy is to maintain the value of the currency, that is to keep the annual increase in consumer prices at a stable and prudent level. Today, most central banks’ have a 2% inflation target. Consumer prices include basic consumption goods such as food, clothing, entertainment, transport, rent, etc. Notably, the inflation index does not include the price of assets like houses and stocks.

Both interest rate policy and QE aim to get commercial banks to provide more loans and thus create more money. Their hope is that the increased money supply will be used for consumption, stimulating the economy and thus boost inflation. But it has not succeeded because most of the borrowed money is used to buy houses and shares instead of going toward consumption. This promotes an increase in prices for houses rather than consumer goods. As a result, those who own homes and stocks are becoming richer. This further widens the wealth gap.

Digital cash: a means of payment for future helicopter money?

Skingsley has previously expressed her cautious support for “helicopter money” – the increasingly discussed idea of distributing money directly to all citizens. There is a growing consensus that helicopter money is much more likely to boost consumer price inflation than the current QE. This is because the helicopter money would be distributed directly to all citizens, allowing it to better stimulate spending on consumer goods. Poor households are simply much more likely to spend the central bank’s injection of money on consumer goods than wealthy ones, which are the primary beneficiaries of the asset price inflation caused by QE.

However, one of the challenges of implementing helicopter money is the question of how to make direct payments to all citizens. If all citizens had digital cash accounts at the central bank, the Riksbank could very easily increase the money supply by simply topping off all of those accounts with the desired injection of helicopter money.

Helicopter money and digital cash accounts combined would therefore provide central banks with a new instrument to stimulate aggregate demand and inflation when it needs to do so. Such a measure would be far more effective than negative interest rates and QE, which are inflating housing and share prices; a major contributor to the rapidly widening wealth gap we see today.

Looking forward, if the e-krona is implemented in Sweden and people increasingly use it for their payments instead of commercial bank money, this will mean that a larger portion of money creation will be done by the Riksbank rather than commercial banks. A corresponding portion of the profits from money creation, today a large part of the four major banks’ 100 billion SEK profit per year, will therefore shift from commercial banks to the Riksbank. This money will then go toward either alleviating our tax burden, or increasing the government’s budget.

In summary, the e-krona and the following introduction of Sovereign Money will:

Thanks to the Riksbank for this very sensible initiative!