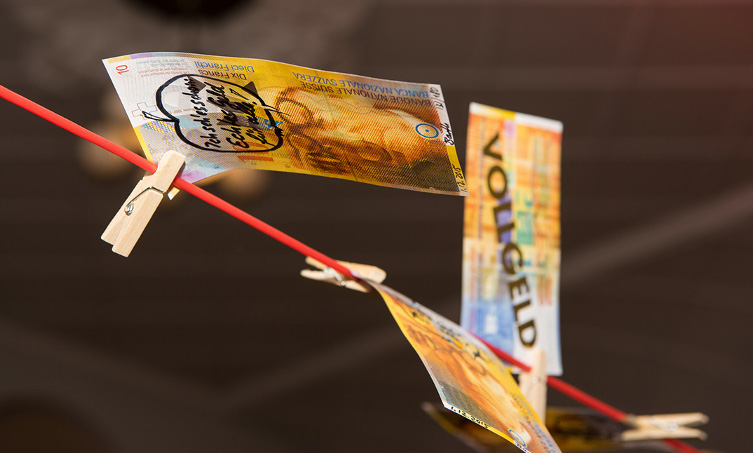 Article improved and edited with help from Emma Dawnay and Spencer Veale.

A year ago, 111,819 signatures were delivered to the Swiss Parliament, thereby triggering a nationwide referendum on whether the Swiss central bank should be granted the exclusive right to create the Swiss national currency.

Under Swiss law, all legislative proposals supported by at least 100,000 citizens have to be put forward to a national vote (referendum). As a matter of process the government and parliament then publish their recommendations with regard to the proposal, or even submit a counter-proposal (though this is rare) which is also submitted for a vote alongside the original popular vote.

The government also claims that sovereign money would make it difficult for banks to make profits, and would undermine the central bank’s independence and its ability to control the money supply.

In a detailed response, the association Modernizing Money (MoMo) which is also member of the IMMR network, asserts that the Government’s claims are unfounded.

“Banks can make profits, regardless of money creation” maintains the association, referring to the insightful example of PostFinance (a post-office based banking service provider in Switzerland) which currently operates without a banking licence (which means it can’t create money). PostFinance is operating under a de facto full-reserve banking model, as it can only supply loans by allocating money from customers’ saving deposits.

Similarly, debt-free money isn’t really new in Switzerland, MoMo argues. It already exists in the form of bank-notes and coins. In fact 80% of the People think that deposit money is created by the Swiss National Bank and not by private banks. In that sense, a Sovereign money system would merely align the practice of banking with the common understanding of its customers. MoMo also makes it clear that despite recurring confusion, they do not advocate for reducing the central bank independence: “The Swiss National Bank has always been and today is still under great political pressure (…) it must continue to act to fulfil the mandate it has been given by the Federal government under the Swiss Constitution.” The proposed reforms would not change the basic framework of central bank governance in that the central bank would still be operating under a mandate with the responsibility of executing that mandate.

Finally, MoMo makes it clear that sovereign money does provide tools for the central bank to control the size of the money supply and even enhances them. “Just like the Swiss National Bank is doing now, it could reduce the money supply by not renewing loans or by selling securities.” Further, MoMo added, “The Swiss Sovereign Money Initiative gives the Swiss National Bank an extra powerful tool with which it can use to fulfill its mandate.”, referring to its direct control of all money creation under the proposed reforms. This would be a major change from the current system in which the central bank can only attempt to indirectly influence the money creation of private banks.

Following the Federal Council, the two chambers of the Swiss parliament will now look into the issue and provide their opinion on the initiative next year. The referendum is expected to take place in late 2017.

Vollegeld Initiative has launched a crowdfunding campaign to finance a country-wide tour across Switzerland in order to create more awareness among the Swiss population. You can donate here to support their activities.