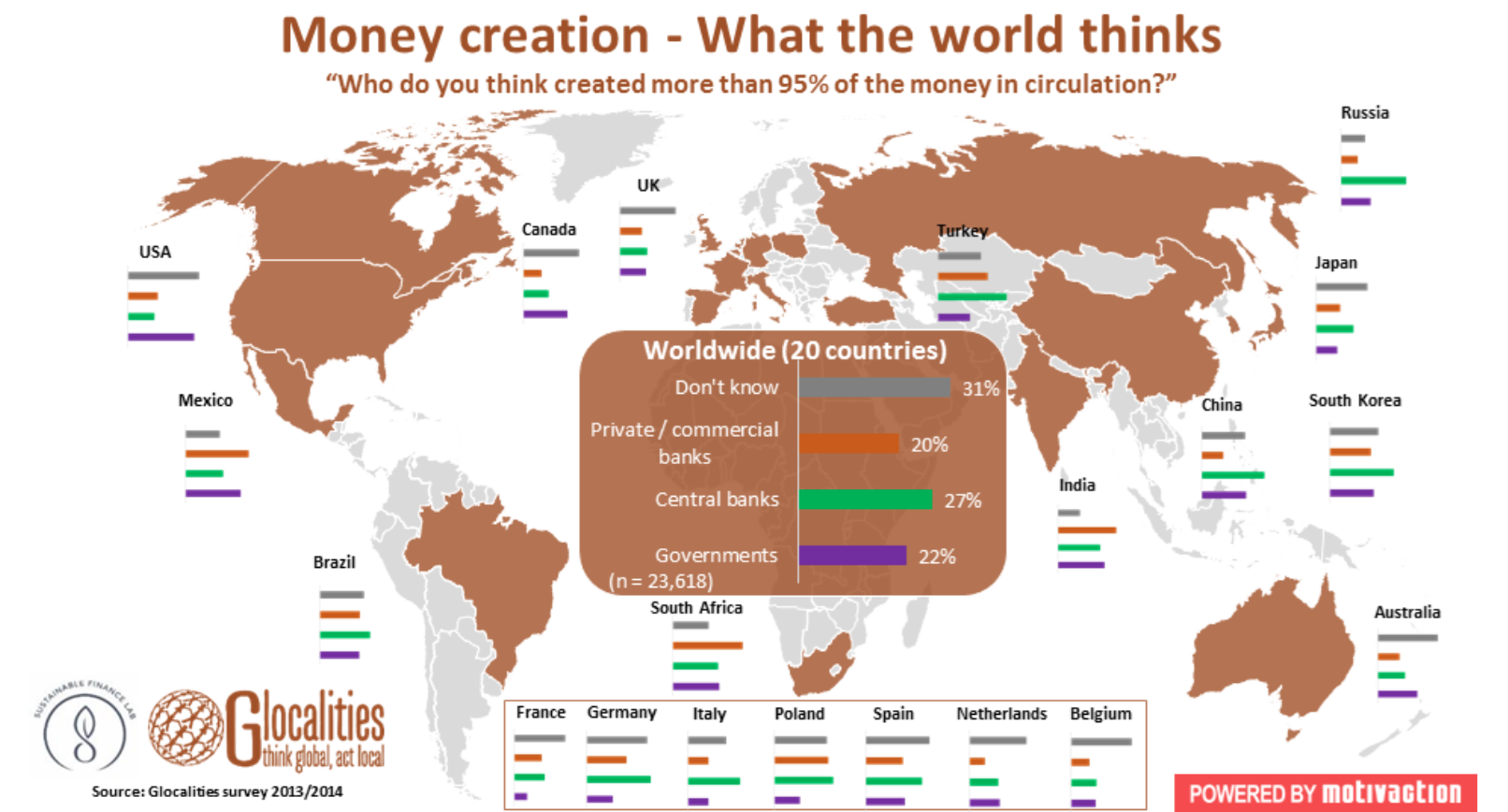 A recent survey covering 20 countries concludes that only 20% of the population is aware that money creation is being largely managed by the private banking sector and 13% agrees this should be so. In contrast, nearly 59% would prefer that such a privilege be granted to public institution.

How many people are aware that private banks create money ; and is this system the favorite option of citizens? These questions were part of the Glocalities survey carried out by Motivaction International and the Sustainable Finance Lab that was held in December 2013 and January 2014. More than 23,000 people in 20 countries participated to the poll. The results (pdf) from this unique survey provide greater legitimacy to our money reform proposal which aims at making money creation managed by and for the public.

A significant proportion of people across the globe (30%) have no idea who creates most of money in circulation. Half the people think it is a public institution (either a central bank or the government) that creates most of the money in the financial system. Only 1 in 5 respondents gave the right answer, that it is private/commercial banks who create more than 95% of the money. ‘ 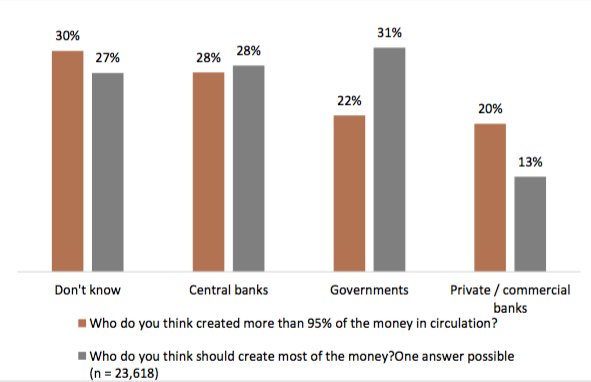 Looking at specific countries, we see that developing countries tend to be more aware about who is in charge of money creation than Western countries. Thus, South Africa (35%), India (34%) and Mexico (33%) have the largest shares of people who are aware of the fact that commercial/private banks create most of the money. The Netherlands and Russia (12%) have the lowest awareness of this, closely followed by China (13%) and the US (15%). In Europe, France seems to be the country where most people are aware about the functioning of the existing monetary system. 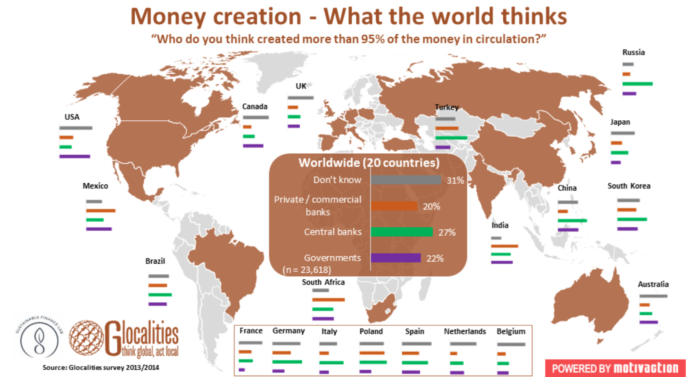 When people are asked who they think should create most money worldwide only 13% prefers private/commercial banks to fulfill this responsibility (as is currently the case), against 59% who wish for a public institution (either government or central bank) to be the main creator of money. Among the minority of people who correctly state that private/commercial banks create most money in circulation, only 27% believe that this should continue to be the case, whereas 63% of them want to see this responsibility transferred to governments or central banks.

The minority of people in Western economies who know that most of the money is created by private/commercial banks and want to keep it a responsibility of these banks (in total 4%) are more in favor of free-market capitalism. They prefer competition over cooperation, are more inclined to take risks and are less concerned about the societal consequences of banking practices.

The current monetary system is illegitimate, based on popular ignorance

Overall, this unique survey strengthen the case that the legitimacy of the existing monetary system is extremely weak. The fact that the functioning of the monetary system is not publicly discussed, including in political circles seems to be the consequence of a large ignorance among the population more than a cautious choice by society. If such a democratic choice was on the table, population would likely back proposals that are closer to the one that the IMMR movement is advocating as opposed to supporting the status quo.