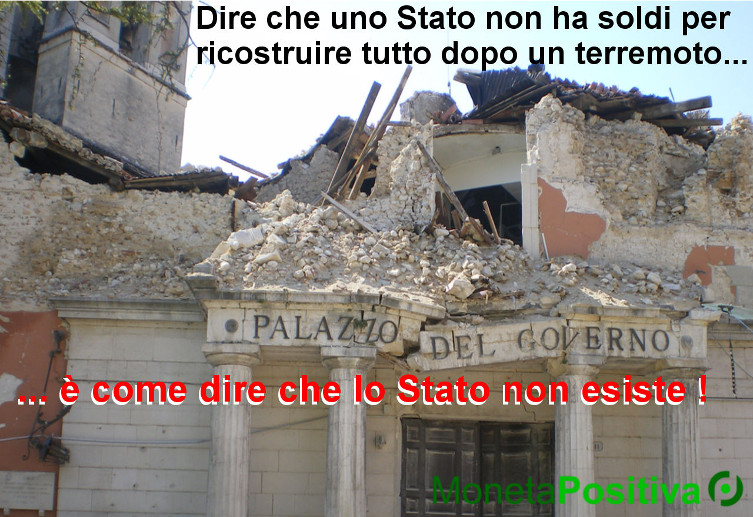 This blog is the first in a series crafted to help you meet the incredible money reform activists who make up the International Movement for Monetary Reform. Each organisation is fighting for a more fair and democratic money system within their own countries, and together we are building a powerful global movement to make economies work better for all of us.

We stand on Margaret Mead’s ubiquitous saying: “Never doubt that a small group of thoughtful, committed citizens can change the world; indeed, it’s the only thing that ever has.”

We really want to change the world and we are aware that the only way for that to happen is to work toward transforming our monetary system.

However, we must first of all change ourselves, by increasing our awareness around the notion that it is us and the State who assign value to money. Therefore, it makes no sense to borrow it from banks.

In Italy, we have an additional problem: in the Eurozone, monetary policies have been assigned to the European Central Bank, which no longer has any connection with the State, with families or businesses, because it only makes decisions based on the needs of banks and financial markets.

Unfortunately, there is a lot of misinformation among people: we have been led to believe that money is scarce and that public and private debts must be repaid. However, money can be created with just the click of a button.

To inform people on how the monetary system really works, and how it can be reformed, we have been using a number of communication methods in an integrated way. For example, we use our YouTube channel to spread the word about the work that we are doing to reform the money system in Italy.

In addition to awareness raising, we have also succeeded in influencing national policies by introducing the topic of money creation into the discussion. We managed to speak about it with the Parliamentary Groups of the Chamber of Deputies (i.e. House of Representatives) on 4 November 2016 (video here). We were also able to have some of our proposals included in the M5S electoral program and tried to convince the new parliamentarians to bring our proposals into institutions.

We are honoured and happy to be part of the International Movement for Monetary Reform, so we can improve the studies and proposals that we have developed over the years by networking with other activists and sharing learnings with one another.

Above all, we are convinced that this small group of informed and determined citizens will become increasingly bigger and will really succeed in changing the world!