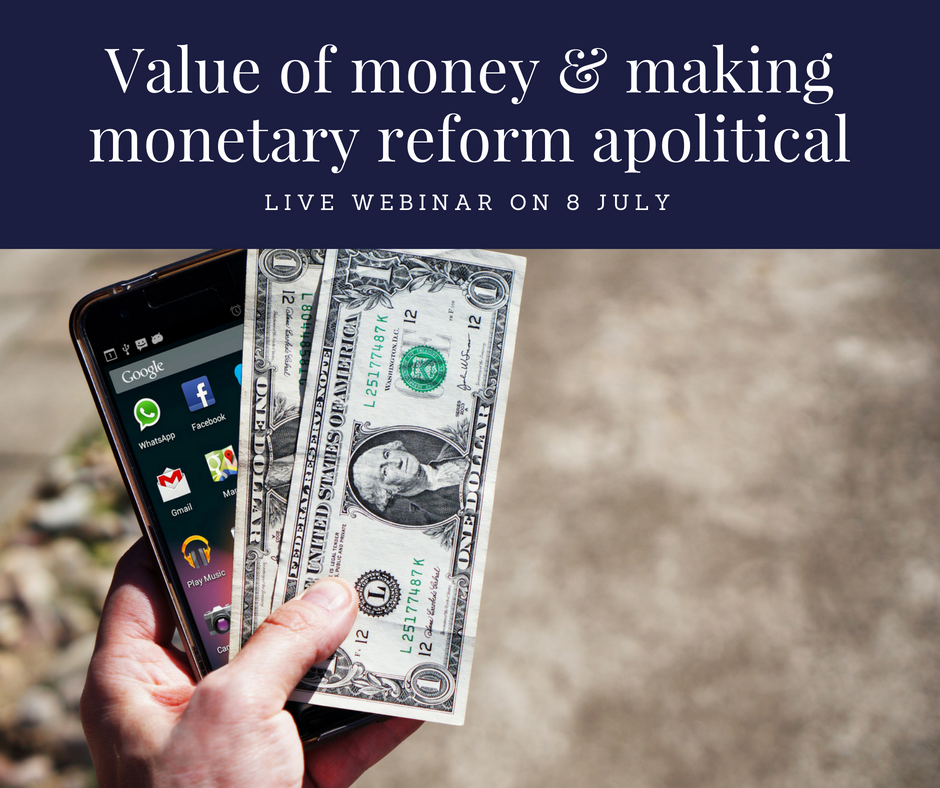 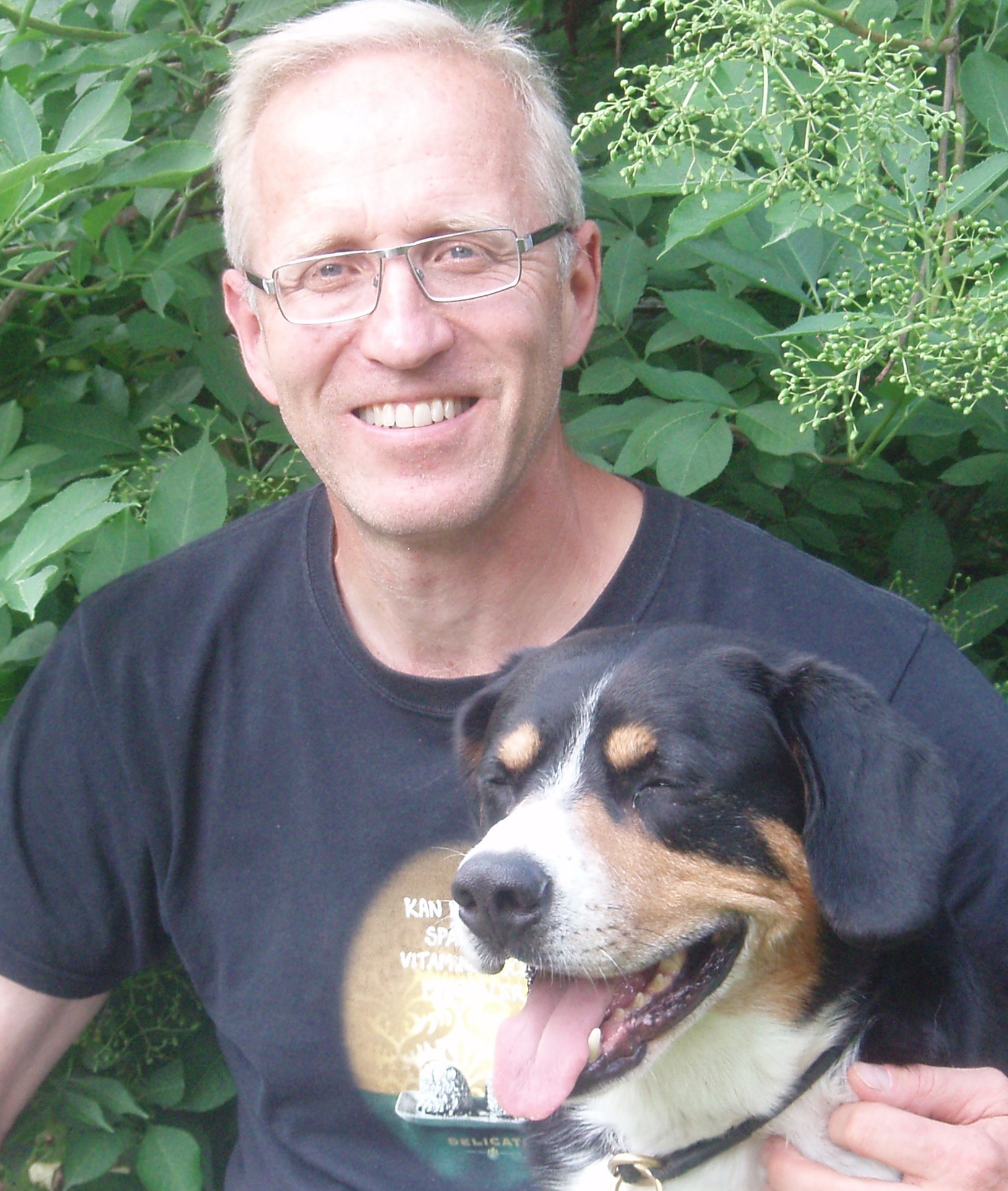 There is a lot of discussion around how to handle inflation and how new money ought to be distributed, but there remains much disagreement around the best ways to approach these questions.

The first part of this article clarifies what money and currencies basically are and how the value of a national currency is determined. The conclusion is summarized in the following simple statement: Money to those with lower income will have a great impact on inflation. Money to the well-off will not.

In the second part different distribution mechanisms are discussed. In the current system central banks are trying to control inflation and thus the value of the currency through the base interest rate (including buying bonds with newly created money, QE) but the result is pushing up asset prices rather than consumer prices. With Positive Money’s reform Sovereign Money, the central bank will distribute new money through the state budget which will stimulate inflation much more directly. But even though the central bank decides how much money and the state government decides where to distribute the money, there will still be a considerable delay before inflation is impacted due to that the state budget is only changed yearly. Another complication is that there is a lot of political involvement in where to allocate the new money.

To solve both these issues, the delay and the politicization, another Sovereign Money distribution approach is proposed, where all new money is always distributed directly from the central bank to each citizen as an equal citizen’s dividend. The result is that the central bank will have a much more efficient inflation control and that the monetary policy will be completely disconnected from political influence.

The functions of money

The basic function of money is to transfer value. Money can transfer value between persons when you pay but money can also store value over time when you save for the future. There is also an additional important aspect, to know the value of money, you need to have a unit of value, a currency. National currencies like the pound, euro or dollar measure value in the same way as the meter and inches measure length. But unlike length, which is defined by natural constants, the value of any currency cannot rely on nature. It is the central bank of each currency area that is responsible for the value of their own currency. So how is the value of national currencies formed and measured?

The forming and measuring of the value of a currency

Generally speaking, the value of money is what you can buy for it and the inflation rate is the annual percentage rise in prices. With this definition, all prices and costs are included. But the value of money and the inflation rate that a central bank is targeting, only includes living costs since the stability of living costs in a stable society should match the stability of people’s income.

This means that consumer prices like food, clothes, transportation, accommodations, pleasures etc. are included, but assets like houses, apartments, shares or other securities are not. In Europe this is measured twice per month by Eurostat in the Harmonized Index of Consumer Prices, HICP. In the following, inflation is consumer price inflation and the value of money is what can be bought in terms of consumer products and services.

How are these consumer prices in a certain currency, like the euro, determined? As long as we have an open market economy, where the state does not set any prices, all prices are determined through changes in supply and/or demand in the euro market for living goods. Higher demand will, after a while, everything else being equal, result in higher prices. And when demand decreases, prices will eventually decrease. Changes in supply works in the same way but the other way around. More supply results in lower prices and less supply in higher prices. This may differ significantly between different goods and services, but on average for all goods and services sold within a currency area, there will be a slow change in prices. This is the inflation the central banks are targeting, the yearly decrease of the value of the currency within the consumer market of the currency.

This means that inflation will be stimulated when more money is made available to people which have needs for living which they, due to lack of money, have not been able to fulfil. And the other way around, more money to the wealthy who more or less have everything they need, will not impact inflation much. Simply put: Money to those with lower income will have a great impact on inflation. Money to the well-off will not.

It does not matter much through what channel the money is distributed; unemployment support, lower unemployment, less taxes for the poor, child benefits, welfare benefits or basic income. As long as more money becomes available for those in need of consumer goods, the result will be a stimulated inflation. These channels are really controlled by the politicians as a part of the fiscal policy and not available for the central banks of today.

So what can the central banks do? Currently, in an attempt to stimulate the inflation rate, they drive the base rate very low and they create money to buy bonds (QE). Both will drive down the interest rates which makes borrowing cheaper which primarily will stimulate the banks to create more money by lending. The actual impact on inflation is very low as the new money mostly ends up in financial markets by those who sold the bonds or took loans with financial assets, houses or apartments as collateral. Neither of these groups of people will spend much more on consumer goods and services needed for living. Instead they will use most of the money to buy additional assets causing asset inflation which pushes up economic inequality instead of consumer inflation. The monetary policy of the central banks of today stimulates the asset inflation rather than the consumer inflation.

As long as the demand of consumer goods and services is low, which is the case permanently in most western countries of today, where either the majority of the people have the basics they need or that the inequality has gone so far that a significant number of people with unfulfilled basic needs have too less money, the current monetary system has a built-in drive for economic inequality and expansion which is impossible to counter with monetary policy alone. Eventually when the expansion reaches some limit, the finance system will crash. But the drive for economic inequality will continue unless heavily countered with the fiscal policy.

It is also noteworthy that the austerity that was pushed upon the PIIGS countries after the 2008 crisis is counterproductive regarding the inflation rate. More austerity has a deflationary effect.

Money distribution in a Sovereign Money system according to Positive Money

The basic idea of Positive Money’s Sovereign Money proposal is that the government and the central bank agree beforehand on the manner in which new money shall be distributed. This could include tax reductions, citizens’ dividend, infrastructure investments, social welfare or anything else that is a part of the state budget. The central bank then, based on the same kind of indicators as today, mainly the actual inflation rate, decides how much new money is needed and then creates this amount, earmarked for the agreed purposes, to the state budget.

It should be noted that the amount of new money needed each year to keep a stable inflation rate is much less than the yearly state budget. The amount of new money needed in a completely transformed system can be expected to follow the GDP growth plus the targeted inflation rate. This is normally less than a tenth of the state budget. Also during the transition period when all bank money will be transformed to sovereign money, the new money part of the state budget will be very small. This is because the transformation, to avoid imbalances due to a fast deleveraging of debt and asset prices, will be done over an extended period such as 30 years. This means that also in a Sovereign Money system, the fiscal policy will have a much larger impact on inflation than monetary policy.

Even though a Sovereign Money system will have much better control over inflation than the current system, there are still some problems:

A proposal for apolitical money distribution in a Sovereign Money system.

In this proposal all new money is always distributed as an equal dividend directly from the central bank to the citizens. The government of the day will never handle the money distribution as it will never be a part of the state budget. This principle should be stated in the constitutional laws needed to create the reform.

This would technically be very easy, since all citizens and all other persons in a Sovereign money system will have transaction accounts recorded by a bank or by the central bank but only registered in the balance sheet of the central bank. The central bank can distribute new money each month by adding to all citizens’ transaction accounts, the dividend needed to keep the inflation stable. All citizens of all ages get the same amount. The only criteria is that you are alive and have official citizenship. The size of the dividend is estimated using the same kind of indicators as today, mainly the changes and estimated changes in the consumer price index, and may be adjusted each month. Since a citizens dividend is much more efficient than base rate changes or QE, something around less than €20 a month will probably be needed.

If the economy shrinks more than the targeted inflation rate, money will be withdrawn as a very small percentage each night from all transaction accounts. To withdraw 1% yearly of the money circulating, 1/36500 of the money is removed each night. This is 30 cent out of €10 000.

The result will be:

The most efficient inflationary effect will be reached when new money is distributed to low income people. Since new money in the current system start its life with wealthy people the inflationary impact is very small and the primary effect is that asset prices grows.

In Positive Money’s proposal, the state decides where and the central bank decides how much money is created. Even though a much better impact on inflation can be expected than in the current system, going through the state budget means that the inflationary effect will be delayed and also used for political purposes.

In the apolitical proposal, all new money is always distributed as a citizens’ dividend directly from the central bank. The result will be a monetary system where the central bank will achieve its goals of creating a stable monetary value and an efficient and safe payments system completely independently. The government will handle the fiscal system according to its political preferences knowing that the value of money is stable and the monetary system safe.