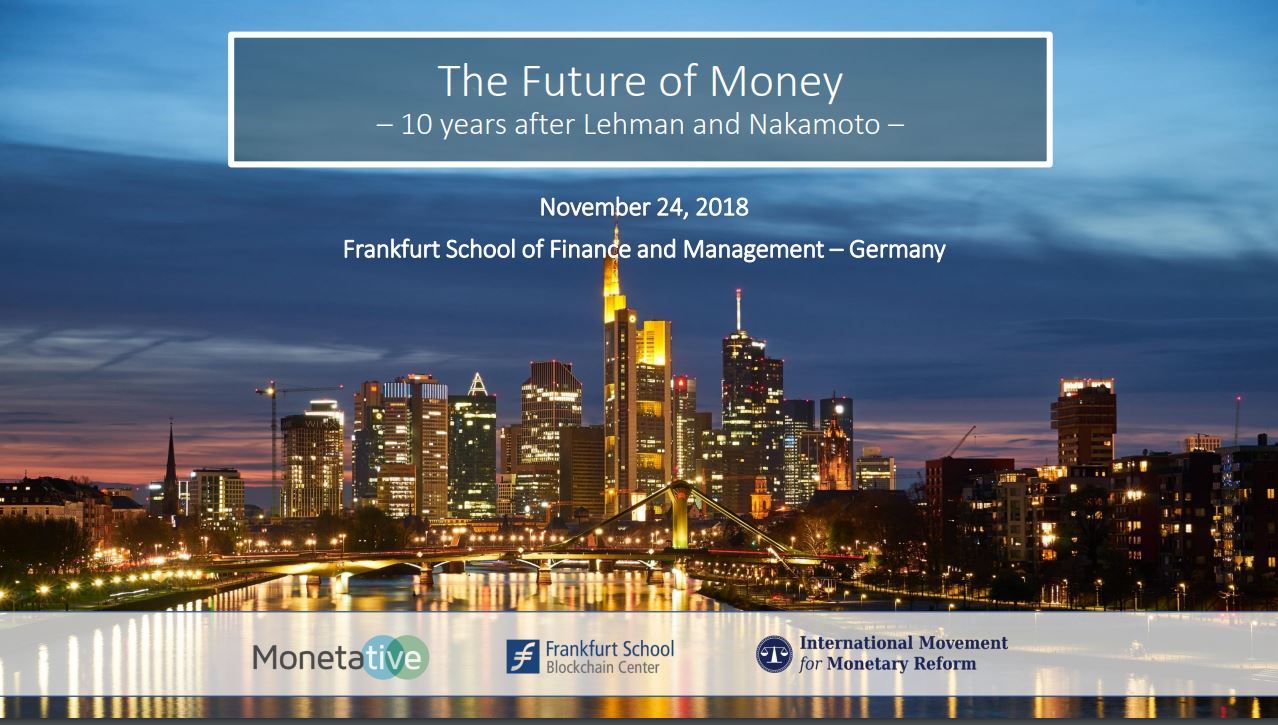 Ten years after the financial crisis of 2007 / 2008 and the invention of Bitcoin, economists not only discuss regulatory interventions but also focus on reforming money itself. Currently, the money system is under attack from various sides.

Even for professionals, it is difficult to understand whether it is a war of opinions over the “best” money and monetary system, or a struggle for vested interests, or perhaps both.

At this year’s conference, we want to discuss both public and private money reform proposals to reach better understanding of the problems of the current money system and about monetary reforms.

After keynote speeches that frame the debate about the structure of our money system, three topics will be discussed: the current money system, sovereign money and crypto currencies.

Each topic is introduced by a renowned keynote speaker followed by three parallel sessions – Research Highlights, Popular Issues and Knowledge Transfer. The latter is a special track to gain a better understanding of the respective reform proposal.

Call for participation: If you would like to make a contribution to this conference, please contact us until 30.09.2018 at Jahrestagung@Monetative.de.

Download and share more details about The Future of Money Conference as PDF, or visit the conference home page for further information: http://conference2018.monetative.de/