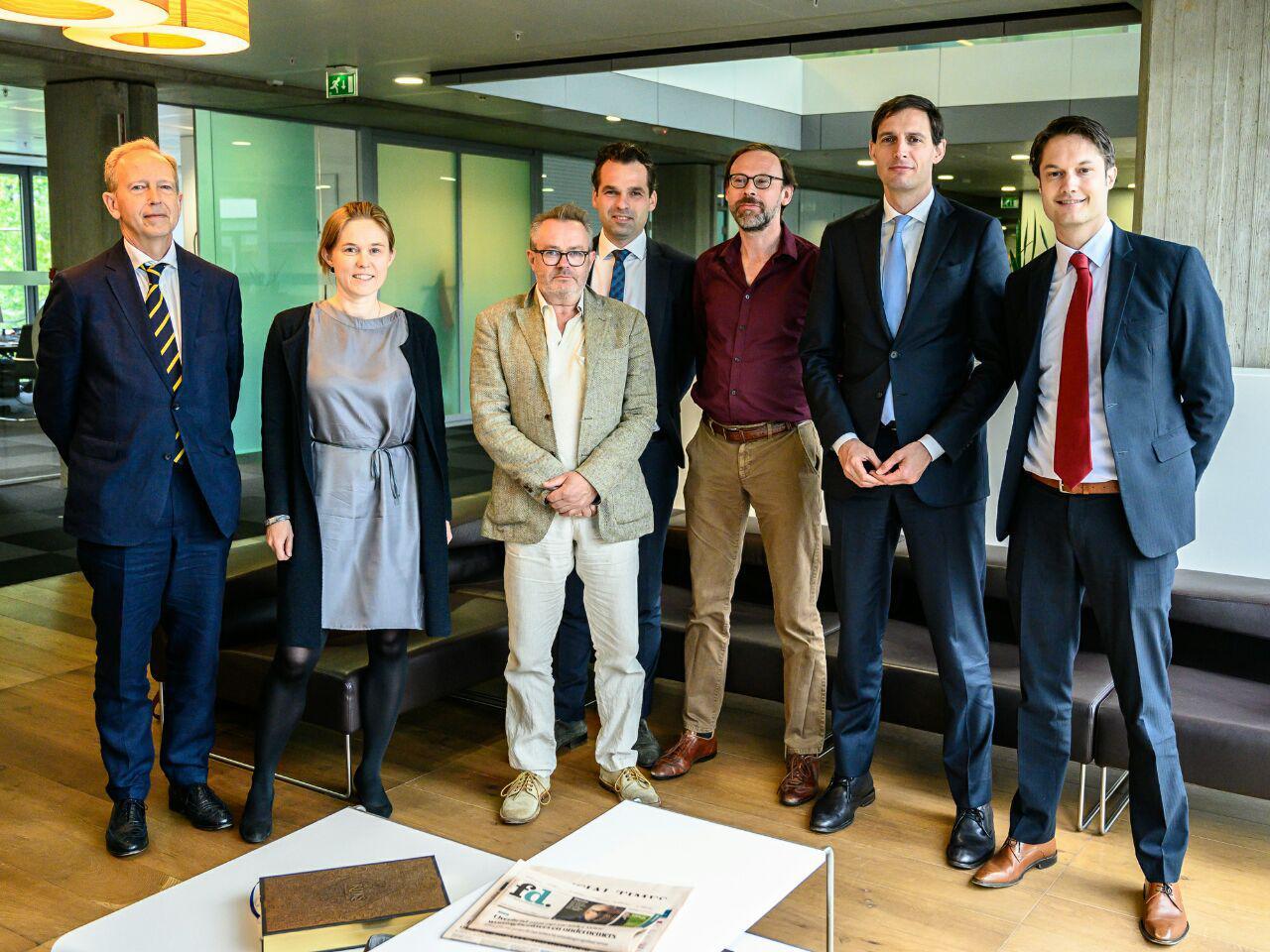 We are excited to share some success stories from our national member organizations around the world. Our movement is definitely making great progress and it is encouraging to hear the big and small steps to a money system that serves people and planet.

In the last months, we invested much time in contacting political parties. This is because the political debate on safe money recommenced. That started with a public hearing this June in Parliament. Politicians seem increasingly open to our ideas. Some parties are actively working to develop policies to attain public safe money. It was a joy to do this round of talks. We were welcomed and congratulated and had meaningful conversations. We were even invited by finance minister Wopke Hoekstra for a discussion.
As a first step we now propose implementation of a generic personal “safe account”, which can be accessed via all payment service providers alike. Big banks, small banks, big techs and fintech startups can then offer the same “safe account” within their payment platforms. These accounts are held however at a public depository, which is a dedicated institution under the Finance Ministry. Minister Hoekstra formally rejected the idea to offer the public a safe alternative to the bank account. His attitude was strongly criticized during the public hearing, in which a consensus emerged in support of such a safe alternative.
You can read our proposal in English here.
This essay puts our proposal in a broader context.
Our contribution to the public hearing is summarized in this article.

– we finally succeeded to establish a contact to high officials of the “Deutsche Bundesbank” (with an official invitation of Dr. Jens Weidmann, the president of the Bundesbank)

– in April we had our annual meeting in Berlin, had a dicussion in the GLS-Bank (the biggest ethical bank in Germany) about “shadow banking” and complemented the Monetative-board with a new young member (Simon Hess)

We participated in a “social forum” event, where we made contacts with other voluntary organizations and also organized an event to play the Money Maker board game. Afterwards we had our bi-annual meeting, where we discussed funding and planned for the future. The agreement was to make a proper strategy for the organization and to think of new ways to influence decision-makers. We have been more active on social media and have been thrilled to be able to get ideas and share many great posts from IMMR and Positive Money (Europe). What we would like to do more is to attend more meetings internationally (lack of funds) and to do more capacity building in our small organization. Still, we are encouraged by the success abroad, especially news from the new Scottish public investment bank being opened soon!

I went to work and wrote a small piece on “The political economy of Sovereign Money”
in order to show that Orthodox economics has no money theory at all, and Heterodoxy (to which MMT refers) makes everything even worse and generates total confusion. At the same time, I show that SM propositions rest on very sound “first principles of money” to improve theoretical foundations on which our SM-recommendations rest. Given the general disarray in money theory, I hope my contribution will be a small step in the right direction.
I have written a very short paper on “What is money, and the logic of the SM-concept”.
On April 29, Beat Weber from the Austrian central bank and myself had a public conversation in the Austrian Museum for Society and Economy on the SM-Concept. About 60 people were present. After this, we had an intensive conversation on how money systems should work.
In addition, we are to question members of the Austrian Parliament concerning their attitude/knowledge about money creation. Support has been offered from various persons with some clout. This is encouraging.
Thank you very much for your encouraging activities.

We at Positiva Pengar have been very busy in the last months since the IMMR Madrid meeting.Samuel has been around in Sweden lecturing about his report (pdf in Swedish) that was released at the end of March through the think tank Katalys.Our main energy has been spent organizing the conference The Future of Money,Central Bank Digital Currency and Beyond in Stockholm on June 15th which focused a lot on the E-krona initiative by the Swedish Riksbank. We have been doing it with great help from Monetative Germany so that me, Samuel, Klaus, Simon and Manuel had been forming an organizing team. (Videos from the event will follow soon).First week in July we will also take part in the one-week political event Almedalen in Visby, Gotland. We will be there with nine persons promoting our monetary reform in different ways. It will be fun but it also means a lot of organizing right now.

After our crowd-funded poll showed only 1 in 10 people supported the Government’s plan to sell off RBS, we teamed up with public ownership campaign We Own It and delivered a 12,000-strong petition to the Treasury in March. Since then, there hasn’t been a peep from Chancellor Philip Hammond about selling off more shares and the Labour party have publicly committed to keeping RBS in public hands if they come to power. People power in action!In April, a year after we launched our report “A Green Bank of England”, Mark Carney committed the Bank to disclosing the climate risk on its balance sheet – the first key step we called for. He also warned commercial banks they need to declare their climate risk. A welcome move, but if we’re to prevent climate breakdown, he needs to go further, faster, and use the Bank’s powers to unleash green investment.

So after confronting him head-to-head on the issue back in January, our very own Simon Youel then took to The Guardian’s editorial page to make the case. And amongst the Youth Strikers and Extinction Rebels, Positive Money also took to the streets – well Threadneedle street to be more precise! – with an action outside the Bank of England. Our petition on the issue quickly gathered 5,000 signatures and we’ll be delivering it when Carney’s in the media spotlight on 11th July. In the face of the big banks and payment companies who are trying to force a ‘cashless society’, we’re working to protect people’s access to cash. Our Head of Policy, David Clarke, has done six radio and TV interviews and spoken at high-level meetings alongside MPs and regulators fighting the corner for the millions of people who rely on cash every day. Last week Positive Money coordinated a letter published in the Guardian, which was signed by 94 high-profile people and organisations including Yanis Varoufakis, Kate Raworth, Steve Keen, Greenpeace, ShareAction and Tax Justice UK.The next Governor, due to start in January 2020, will face the challenge of changing three key trends: climate change, inequality and an economy skewed towards asset price inflation. As our letter states: “The Bank of England’s own stated purpose is to promote the good of the people. We believe we need a Governor genuinely committed to serving the whole of society, not just financial markets.” Tony Yates, a former Bank of England economist wrote a critical response in the Financial Times to our letter, to which we wrote a response in the Finance Times, to which he wrote an encouraging blog post about! An important and constructive debate 🙂

The original Positive Money forum closed in 2013, but now we’re gearing up for the launch of the all-new The Money Question Forum – a platform for productive discussion about reforming our monetary system, which will help progress and grow the monetary reform community. Keep an eye out for that!