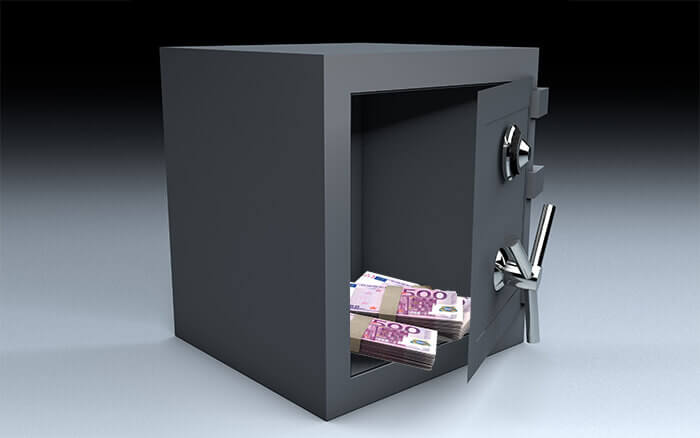 In its report “Money and debt” the Netherlands Scientific Council for Government Policy (WRR) calls for a safe-haven for book money. In this position paper, we propose to shape this safe-haven as a public depository offering personal full reserve accounts on the basis of which market participants – banks and non-banks alike – can offer credit risk-free payment services. This secures the payment system and improves market conditions. State interference in the banking system can then be gradually phased out.

The WRR’s appeal is a result of citizens’ initiative “Ons Geld”. As this passed parliamentary scrutiny, Ons Geld and the Full Reserve Foundation teamed up to draw attention to a proposed private non-profit full reserve bank, with the objective to give the public access to payment services while excluding exposure to credit risk.

The Lower House voted unanimously in favour of this safe-haven for book money, and asked the Finance Minister to find out how it could be implemented. That did not yield a satisfactory response though, causing MP Alkaya of the socialist party to call for a parliamentary committee to pave the way for this safe-haven. With its report “Money and debt” the WRR now supports the wish of the House to implement this safe-haven.

Design of the safe-haven

The question now is how the safe-haven must take form. We see roughly three possibilities:

In alternative 1, everyone can open an account at the central bank. We don’t favour this alternative. It brings supervision and implementation together in the same institution, and it blocks democratic control over the development of the safe-haven.

In alternative 2, everyone can open an account with a private institution that holds 100% of its client’s deposits at its account at the central bank. This alternative has so far encountered legal obstacles, which would prevent the Netherlands from chartering one or more private full reserve institutions, without active involvement of Brussels and Frankfurt. Moreover, the commercial viability of these institutions is questionable.

In alternative 3, everyone can open an account with a public institution that holds 100% of its client’s deposits at its account at the central bank. For this public institution, the obstacles to the private version do not apply. This is because financial rules for member states tend to be more flexible than for ordinary market participants.[1]

In all alternatives, the safe-haven involves payment services related to deposits held – directly or indirectly – at the central bank.

Payment services are subjected to market principles although payment institutions always depend on a bank. In the past, the government of The Netherlands has expressed its desire to improve market conditions by giving payment institutions direct access to interbank payment systems such as TARGET2. The then Finance Minister De Jager formulated it as follows.

Direct access to TARGET2 implies that payment institutions can hold an account at the central bank, enabling them to offer their clients full reserve accounts. Perhaps without realizing it, the Minister of Finance argued in 2012 for the implementation of private full reserve institutions. At the time he did not, however, focus on the operation and safety of the monetary system, but on providing a level playing field for banks and payment institutions.

Against this background it seems logical to design the safe-haven as a combination of a public depository where (only) full reserve accounts can be held, and third-party payment services based on those accounts.

Through this public depository, both banks and payment institutions can offer full reserve accounts to their customers.[2] As an alternative to credit risk-bearing bank accounts through which banks fund themselves, deposits can then be held without any credit risk and without being lent to fund any undertaking. They are held in custody.

In this way, established institutions and challengers, large and small, can offer generic credit risk-free payment services under the same conditions. ING, bunq, Apple and fintech start-ups then compete on a level playing field with a low entry barrier. The threat emanating from large tech companies is thereby mitigated. They will be exposed to reinforced competition, and the money on safe accounts will not circulate over their balance sheets, nor in their reserve funds.

The existence of safe accounts will improve risk awareness among the public, which will have the option to lend money on interest to a bank, or to hold it credit risk-free on a personal safe account. Funding a bank will then become a more conscious decision. The risk profile and the social attitude of the bank then increase in importance. Banks will have to distinguish themselves more, for example by holding more capital. This strengthens both the lending business and the resilience of banks. Risk-avoiding account holders will choose a conservative bank, while others may be prepared to take more risk in the expectation of higher returns, financially and/or socially.

With safe accounts, risk sharing within the euro zone becomes less obvious. If other Member States set up a public depository too, a means becomes available to curb capital flight from weaker Member States. If, for example, Italians could keep their money credit risk-free in their own country, they would have less reason to relocate it to other Member States. In that way, the public depository contributes to stability and deprives the ECB of any reason to push for consolidation of banks in the euro zone. Public policy can then be directed at a greater variety of banks and healthy competition in lending.

Securing book money is a public matter which is anchored publicly by implementing a public depository. By allowing the personal safe accounts held at this depository to be administered via payment service providers, the public function is secured and market conditions for payment services are improved. The markets provide ease of payment whereas the government provides security and stability.

The public depository should, as an independent public authority, reside under the Finance Ministry, which thus gains control over the extent to which the safe-haven can be used freely. This must, of course, be implemented in coordination with the competent monetary authorities. With the public depository, the government is given an instrument to raise risk awareness, improve market conditions and reduce government interference in the banking sector.

[1] We provide the following examples (1-3). (1) Government institutions that are authorized to hold accounts for customers are eligible for access to the interbank payment system (Article 4 paragraph 1 sub e Conditions of TARGET2-NL). (2) Government agencies are eligible for the application of settlement finality, as regulated in section 11A of the Bankruptcy Act. (3) The prohibition in article 3:5 paragraph 1 of the Financial Supervision Act concerning attracting or holding repayable funds, does not apply to member states and local authorities.

[2] This does not exclude the possibility that the public depository also provides payment services to its account holders.