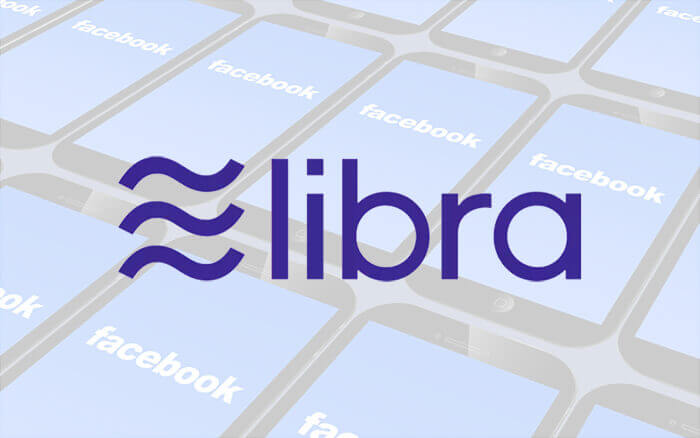 The euro gets competition. Starting next year, we can also pay in libra, the digital currency that Facebook recently announced. If we massively opt for online payment convenience, banks and national states might become servants upholding a money system run by a few billionaires.

The libra builds on the current money system operated by banks. That system is based on debt and therefore risky. Against that background, the libra brings improvement. The libra will be safer than bank deposits and offers greater payment convenience. If the libra becomes a success, it is a milestone in the privatization of money. That process started with the rise of book money; credit balances issued by banks and generally used as money. Banks have used their ability to create book money abundantly, taking the money circulation under their control. In the meantime, public cash has faded into the background.

In the past, the government was generally seen as a money issuing entity. With the introduction of the euro that has become obsolete. The European Central Bank (ECB) no longer views euro Member States as monetary institutions. They may still put some coins into circulation, but only to the extent that the ECB agrees. The power over euro coins and notes lies with the ECB. Creation of big money has been left to commercial banks in the form of book money. Especially in the second half of the last century, this took hold, whereby it has become normal to use credit balances (“deposits”) as money.

A deposit is a monetary claim on a bank. The holder of a deposit considers it his money. However, if a bank goes bankrupt, it can take years for a holder to get his money back, if he ever gets it back. First, the liquidator will have to sell the bank’s assets and distribute the proceeds among the bank’s creditors. All this time, account holders have no access to their money, apart from the first € 100.000, for which deposit guarantees provide that it will be paid immediately if a bank goes bust.

It was to be expected that these professional instruments would become available to everyone. Digitization makes that possible. First, digitization led to general adoption of book money, which offered greater ease of use than cash. The next step is to use money market instruments that offer more certainty than book money. In China that is already a reality. There, Alipay customers massively deposit their savings in Yu’e Bao, by far the largest money market fund in the world. With the libra, Facebook billionaire Mark Zuckerberg is now bringing something similar to the West. Here too, businesses and citizens will soon have a relatively safe place to store their money.

The specifications of the libra are not fully disclosed. A stimulating sketch was presented to the world, but no thorough explanation of the crucial details. Yet an image can already be drawn. Each libra issued will be fully backed by liquid reserves held by the libra-organization in the form of government debt and deposits. Because of that liquidity, a “run on the libra” is not a problem. If everybody suddenly wants to get rid of their libras and sells them, the libra won’t plummet. The libra-reserve shrinks as the amount of libra shrinks. Yet, the remaining libras won’t lose their cover.

Due to its backing with liquid reserves, the libra bears the characteristics of a money market instrument, which it combines with the functionality of electronic money. That makes the libra not only relatively safe but also very convenient, especially if the libra is widely used by market participants. They have good reason to do so, as they get a safe place for their money in return, and an easy way to trade abroad.

Kudos to Mark Zuckerberg. Whatever you think of his motives or his business conduct, he has come up with a smart plan. Shame to the government that disregarded our money system to the point where one billionaire can degrade the euro. If Zuckerberg manages to get the favour of the citizens, he will soon grab the highest spot in the money pyramid. Leaving only a secondary place for banks and national states that are strained with a burden to uphold that pyramid.

The public money supply, cash, has been structurally neglected by the government. In the meantime, we opted for payment convenience. That was offered by banks. In return, we had to accept that our money became exposed to credit risk. The government did not respond by modernizing cash. It responded by supporting banks with privileges and safety nets, making the risk to which our money was exposed seemingly acceptable. Thanks to this informal public-private partnership, banks were able to quietly usurp the money supply.

Banks have based the money circulation on debt. The credit balances that we use as money are covered by loans and government debt. If those debts are not paid properly, the cover of book money weakens. The government cannot allow that to happen because the entire economy functions on cashless money. If book money goes down, the economy also goes down. It is thus imperative that we pay our debts and taxes punctually. The government enforces that with all its might. Sooner or later everyone learns: you better pay your debts to the bank and the government. Otherwise you’ll sure get in trouble.

Degradation of banks and national states

The libra capitalises on the present system, by placing a new international layer on top of the informal public-private partnership that enables cashless money. In doing so, it relies on the support that national states give to their currencies through the banks, without being subject to national authority. Zuckerberg and his friends will yield the fruits, while national states carry the risks.

Just like credit balances and money market instruments, the libra is based on underlying value, brought together in the libra-reserve. If that value goes down, so does the libra go down. The libra, however, is the last to go as it spreads risk and builds on the most stable debt titles on the market. Although many might rejoice in Zuckerberg’s demise, no one can afford the demise of the banks and national states Zuckerberg will lean on. By carefully deciding which banks and national states he admits to the libra reserve, Zuckerberg can assure himself of his success. The banks he selects become the debt collectors that support his currency. The states of which he puts bonds into his reserve become the tax collectors that make the libra as good as money. After all, tax collection ensures the servicing of government debt. These selected banks and states will support the libra, whether they like it or not. Zuckerberg will be the good guy, offering safety and payment convenience. The ugly part is for the banks and the national states, upholding the debt-based money system by collecting taxes and debts.

And what if the entire Western world reverts to the libra as the currency? Then there will sure be insufficient “reliable” debt to fully cover the libra. By that time, that is not a problem for Zuckerberg, though. Just like a central bank, he issues his own currency. As long as we continue to use the libra as money, he can also issue libras that are not fully backed by reserves. The underlying value is needed to establish confidence in the libra. Once confidence in the libra is established, the underlying value can better disappear from view, to avoid any doubt about the currency. It is even conceivable that the libra will one day be completely disconnected from its underlying value. The world would then have digital cash as its currency, privately issued at will by those who successfully managed to usurp the money power.

By that time, the ECB is not a money-issuing institution anymore, and its support for the libra is no longer needed. Zuckerberg and his friends then dictate monetary policy, as they see fit. Whether that is bad remains to be seen. Unlike the ECB, Zuckerberg will not use his monetary power to keep banks afloat. Maybe he will do something good for our planet. He knows he must tempt the world population to accept his hegemony. And he can easily do that when his libra is relieved of underlying debt.

The libra illustrates how the debt-based monetary system can consolidate into a supranational monopoly, beyond government control. A good time to rethink the status quo, and to restore public cash. In our next article we will explain how the government could do that.

Download as pdf – Other publications of Stichting Ons Geld