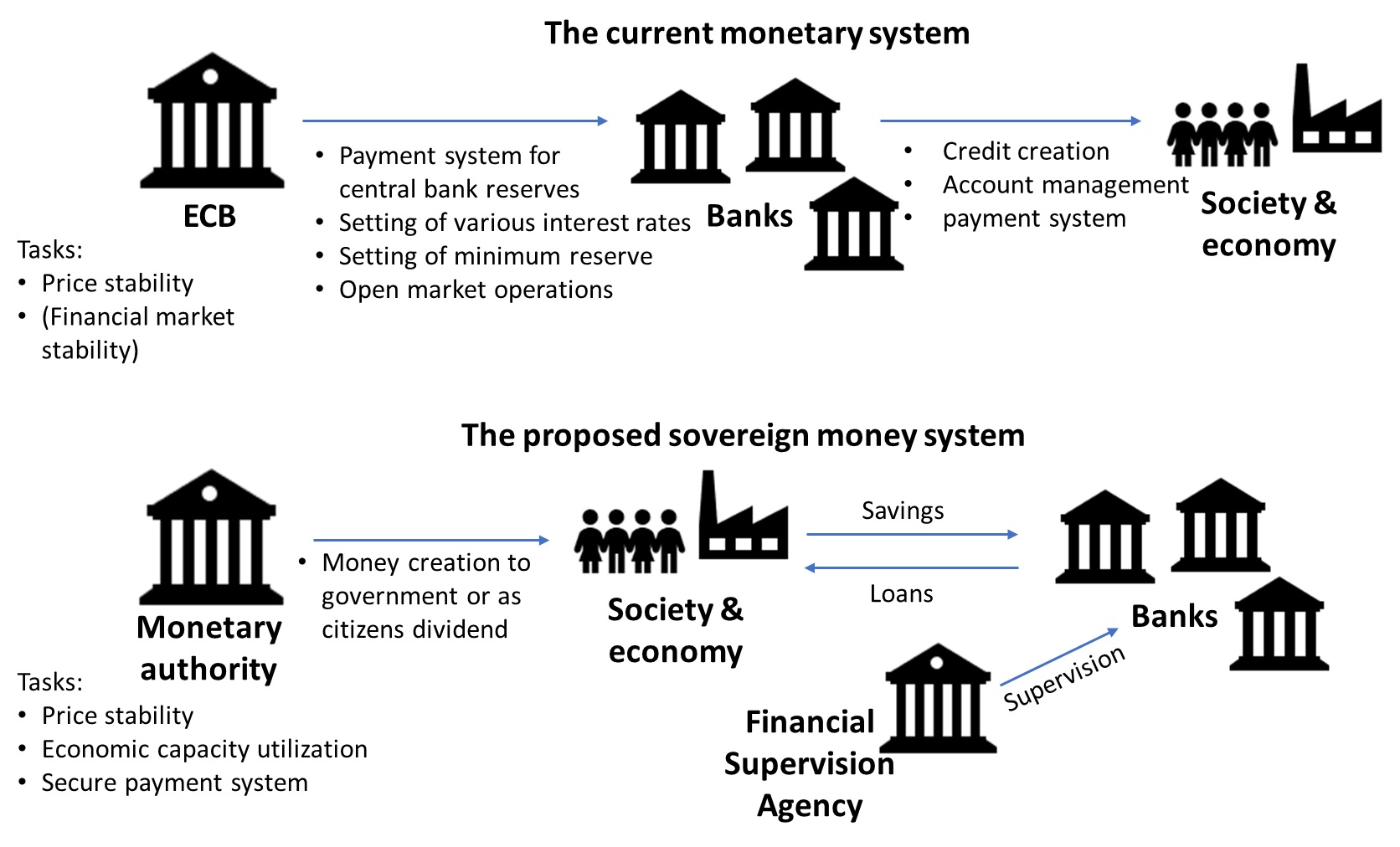 The discussion on a sovereign money reform is gaining momentum and concrete answers to the questions on how to design a new monetary authority are increasingly demanded: What goals are being pursued? According to which principles and how should the monetary authority create money? How can the right balance between independence, transparency and accountability be found and abuse of power effectively be prevented?

The attached paper discusses these questions and presents some suggestions for the concrete objectives and design of a monetary authority. The result is a radically rethought and drastically simplified monetary institution that has little in common with a traditional central bank. The recommended money creation instruments are grants to the government or a variable citizen dividend, which would ensure simplicity, transparency and independence from both the government and the banking sector. Within this framework, with clear objectives and effective, lean monetary policy instruments, transparency would be logical and a clear liability framework for private commercial banks could be implemented.

A PDF of the full paper is attached for download here: