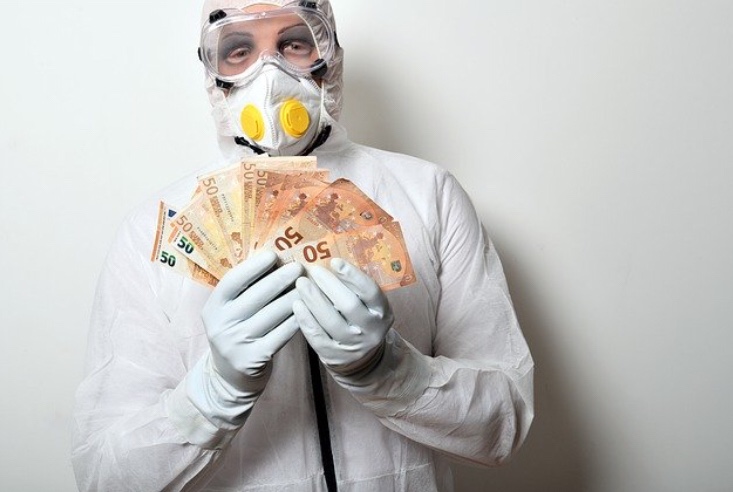 The corona crisis causes a sharp increase of debt. As interest rates rise debt burdens become untenable. A health crisis threatens to become an overall financial crisis. The ECB can prevent this by using its exclusive power to authorise the issuance of emergency euros.

The European System of Central Banks (ESCB) can contain the corona crisis by using its legitimate powers. To this end, the ECB should use its exclusive power to authorize the issuance of euro notes by the National Central Banks (NCBs). These notes should have ultra-high value, for example 1 billion euro. In the UK such notes were issued to back the circulation of pounds in Scotland and Northern Ireland. They were called ‘giants’ and ‘titans’.

How will this work in the Euro area?

Article 123 paragraph 1 TFEU (prohibition of monetary financing): Overdraft facilities or any other type of credit facility with the European Central Bank or with the central banks of the Member States (hereinafter referred to as ‘national central banks’) in favour of Union institutions, bodies, offices or agencies, central governments, regional, local or other public authorities, other bodies governed by public law, or public undertakings of Member States shall be prohibited, as shall the purchase directly from them by the European Central Bank or national central banks of debt instruments.

Article 3 paragraph 3 ECB/2010/29: “NCBs shall treat all euro banknotes accepted by them as liabilities and process them in an identical manner.”

By using its legitimate powers, the ESCB can come to the rescue. It should not put the euro at risk by increasing debt. It should not practice politics by pushing Member States in risk and debt-sharing arrangements. It should, however, authorise the issuance of euros that are clearly needed at this time. Later on the increased circulation can be brought under control by introducing personal safe accounts and demonetizing debt. This way, the damage remains limited while Europe and the euro to emerge from the crisis stronger than ever.

Download as a pdf. Other publications of Ons Geld in English

[i] Some argue that handing out euros for free is also prohibited. After all the Court of Justice stated in ‘Weiss’ in relation to article 123 TFEU: “It follows that that provision prohibits all financial assistance from the ESCB to a Member State (…)”. However, this non-essential statement of the Court of Justice is false. Article 123 TFEU prohibits: a. extension of credit and b. direct purchase of debt instruments. It does not prohibit a gift for free.

Monetary policy is defined and implemented by the ESCB (article 127 TFEU). By issuing euros to prevent financial crises it exerts its legal powers. If the question regarding compliance with article 123 TFEU is raised before the Court of Justice, it can only acknowledge the powers of the ESCB as set out in the Treaty.