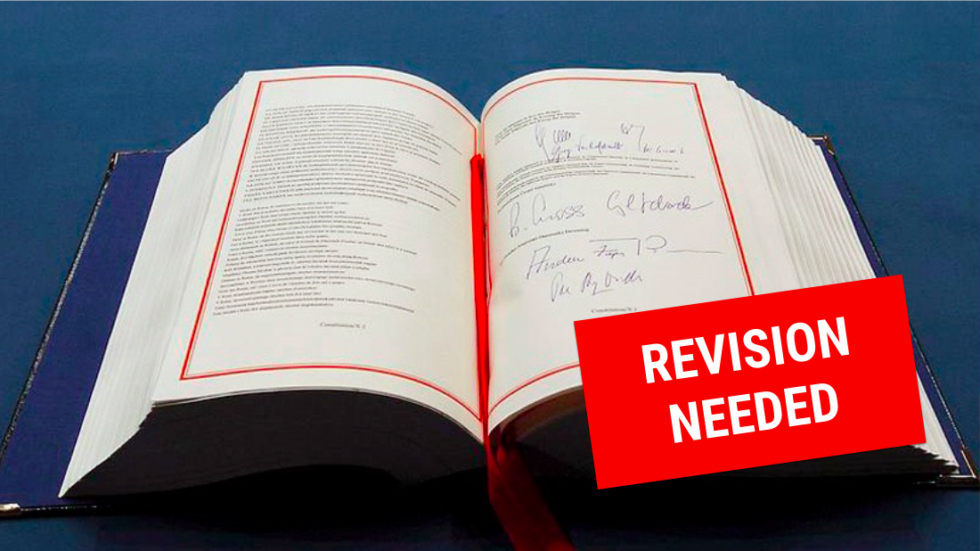 To avoid leaving the European Central Bank (ECB) at the endless mercy of legal uncertainty surrounding its mandate, it is urgent that EU leaders finally engage in a long overdue revision of the EU Treaty’s monetary financing prohibition rule.

This week, the German Federal Constitutional Court has released a dramatic ruling which will have important long-term consequences for the future of the Eurozone.

The case follows a complaint by a group of German orthodox economists against the ECB’s quantitative easing (QE) programme, who wanted to demonstrate the illegality of QE under the EU’s monetary financing prohibition.

After years of argument between the German constitutional court and the European Court of Justice (CJEU), the German court concluded this week that although the Public Sector Purchase Programme (PSPP) does not violate the monetary financing rule, the ECB had failed to assess the proportionality of its QE programme, including by balancing out the side effects of the policy. This ruling was made despite the CJEU sanctioning the ECB’s QE programme as legal under certain conditions.

In an impressive (but mostly symbolic) manner, the German court summoned the ECB to provide detailed documentation to demonstrate that the ECB did carry out an assessment of the proportionality of the PSPP programme. Unless this is fulfilled, the Court threatens to ban the Bundesbank from participating in the PSPP programme.

In short, the German Court has defied and disagreed with the CJEU, and seeks to force German institutions including the Bundesbank and the German Parliament to resist the implementation of CJEU law by the ECB.

Much has been said about the ruling already in the European commentariat, and we share the consensus view that the German court’s ruling is problematic in all counts – form, process and content.

First and foremost, the competence of the German court to rule on this domain is questionable to start with. Under EU law, the ECB is only answerable to the EU’s Court of Justice and not to national courts. This is logical, since the ECB is acting in the common interest of all 19 countries, and it therefore needs to look beyond national interests.

The German court’s ruling is a disgraceful attempt to elevate itself above the CJEU, thus reverting the EU’s legal order. This will set a terrible precedent, where other national courts will be encouraged to rule beyond their own jurisdictions and start questioning other areas of EU law.

Second, the context and process surrounding these legal proceedings was biased from the beginning. For example, the German Court failed to hear a balanced panel of experts to testify in the case.

On the content of the ruling itself, it is worth noting that the German Federal Court does not find the PSPP programme to be a direct violation of the monetary financing prohibition. Rather, the German court questions the motivations of the ECB, by arguing that the ECB is wrong to justify its QE strategy through the lens of its monetary stability mandate when it is in fact doing so to pursue economic policy goals. Positive Money Europe fundamentally disagrees with this view, which is legally misguided in view of Article 127 of the Treaty on the Functioning of the European Union (TFEU), which gives the ECB the mandate to support the general objectives of the Union.

Despite Positive Money’s criticism of QE for not stimulating the economy directly enough and increasing inequality, we always supported the fact that the ECB should be allowed to use QE as a policy tool. If anything, we even believe the ECB should have implemented QE before 2015, not least to protect governments against speculative attacks on their sovereign debts and spare Europe of the reckless austerity forced onto it.

Although they may not affect the ability of the ECB to operate, the intent and outcomes of these legal proceedings are to weaken the ability of the ECB to use its money creation power for the common good of the EU. As a result, these proceedings will undermine cohesion in Europe by fueling anti-progressive narratives about the Eurozone, to the cost of all European Citizens.

So what does it all mean?

The ruling is largely misguided but still poses a legitimate challenge for the ECB in terms of legality and accountability.

From Positive Money Europe’s perspective, the German court case reveals yet again the deep need for a clarification of the EU Treaty, in order to give the ECB the right powers and tools to carry out the mandate it has been given.

This problem only emerged because of an abnormality in the European Treaty, which imposes a too strict monetary financing prohibition rule (under Art 123 TFEU) which supposedly prevented the ECB from doing what all other central banks do – purchasing sovereign bonds. As history has repeatedly shown, such a strict application of the monetary financing prohibition is untenable when facing extraordinary circumstances such as financial crises or a pandemic emergency.

Fortunately, faced with the stringent economic necessity of the Eurozone debt crisis, Mario Draghi rightly found a way to circumvent the monetary financing prohibition, by offering a re-interpretation of the rules, and implemented QE while self-imposing limits on it. This was later validated by the CJEU under the Weiss case, which set out certain conditions for QE to be legal.

The CJEU’s Weiss ruling was fine so long as QE was meant to be temporary and the CJEU’s limits were respected. But QE has been repeatedly extended since 2015, and the new Covid-19 recession is forcing the ECB to go further with the new PEPP programme. The ECB is already going beyond the conditions set by the CJEU, in particular the capital keys, and the maturity holding criteria.

After their latest victory, the plaintiffs will certainly feel encouraged to file more complaints against the ECB’s policies, for example on the PEPP. But next time, it’s not clear whether the CJEU’s jurisprudence will offer sufficient legal backing for the ECB. And even if final verdicts on future cases would arrive long after the current crisis, their very existence would already undermine confidence and legitimacy in the ECB.

The CJEU’s ruling always was a short term fix, which compensated for the lack of political agreement on this deeply political issue with a legal tinkering of the EU treaties. But after this week’s ruling, the trick is even less tenable.

How the EU should respond

EU leaders must react swiftly to avoid further damage without delay. The only way Europe can put an end to this toxic spiral is to carry out (at least targeted) reforms of the European Treaty, in order to enshrine the ECB’s ability to provide financial support to European and national public institutions fully into EU law – including by purchasing sovereign bonds in primary markets. Of course, safeguards shall be put in place to avoid abuse and the risk of “fiscal dominance”.

The case also raises an important issue on the accountability of the ECB. As we pointed out before, it is logical that the ECB should be accountable towards EU level institutions (such as the European Parliament or the CJEU) and not national courts.

However, the ECB would be wrong-headed to dismiss the request for a proportionality assessment altogether. On the contrary, the best answer by the ECB would be to exceed current expectations on this.

As suggested by the former ECB Vice President Vitor Constancio, the ECB should “authorise the Bundesbank to send to the Court all the vast documentation, public and internal, including the 2015 meeting minutes, showing that all possible consequences of the purchase program were discussed and assessed.”