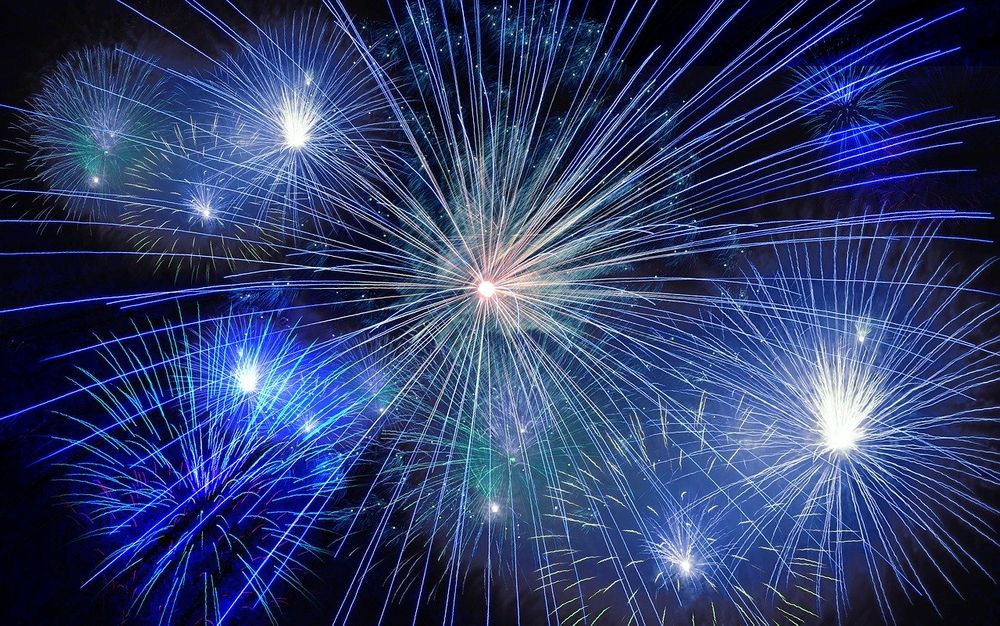 How to overcome the European debt crisis? Outline of the modern debt jubilee proposed by Ons Geld.

In 2019, The Scientific Council for Government Policy (WRR) advised the government of the Netherlands to introduce a safe alternative to the bank account:

“(…) creating a safe alternative can contribute to a more stable system. The fact that one has an alternative will have a disciplinary effect on the existing banks. It will force banks to finance more responsibly, with more equity (capital) and long-term debt. In this way, the creation of money and debt by commercial banks is also better contained.” [1]

Introduction of a safe alternative to the bank account will be discussed in Parliament of the Netherlands later this year (2020). It is championed by MP Mahir Alkaya of the socialist party (SP) in the form of a National Payment- en Savings Bank. This is a full reserve institution which undertakes nothing with its clients’ money, apart from keeping it on its account at the Netherlands central bank (DNB).[2]

The call for a safe alternative to the bank account is a result of public debate on the fundamentals of the money system initiated by Dutch NGO ‘Ons Geld’. Ons Geld started a campaign in 2013 with a long-term view towards the transition from the present debt-based money system towards a money system that consists solely of cash in both physical and digital form.[3]

Part of the transition envisioned by Ons Geld is a modern jubilee in which debts are reduced in a way that benefits both creditors and debtors. This modern jubilee is based on a gift from the State to its citizens and was, under this heading, first proposed by the economist Steve Keen.[4] Keens proposal does not concern a jubilee in the traditional sense, in which debt is cancelled to the detriment of creditors. It concerns a reduction of private debts, by handing out newly created money to all citizens, for free, to repay debts. In a modern jubilee, creditors receive payment of outstanding debts in an accelerated way.[5]

Ons Geld developed a similar proposal for a modern jubilee. In the Ons Geld proposal, however, no new money is issued for the jubilee. Instead, (digital) debt repayment vouchers are granted to the citizens. These vouchers can be used to repay debts with the banks. Banks, in turn, can use these vouchers to repay their debt with the central bank. Citizens who have insufficient debts with banks to fully use their vouchers, can convert the remaining vouchers in shares in the central bank, which entitles them to the profits (dividends) derived from the remaining assets of the central bank.

The monetary scope of the modern jubilee depends on the indebtedness of the banks to their central bank. The Ons Geld proposal presupposes that aggregate debt from the banks with the central bank will increase sharply before the debt repayment vouchers are handed out. This rise in debt is a result of the introduction of credit-risk free digital money. Initially, this takes the form of full reserve money held at a public depository, such as the National Payment- en Savings Bank proposed by MP Alkaya. The full reserve accounts are referred to as ‘personal safe accounts’. These accounts are free of interest and can be accessed via a payment service provider (banks and non-banks) of choice.[6] The amount of money that can be held freely on a personal safe account is limited, though, and excess balances on safe accounts are taxed progressively.[7] This serves a gradual transition towards credit-risk free money, giving banks the opportunity to refinance themselves. Banks that are unable to refinance themselves on the market can rely on the central bank for additional credit to be repaid with debt repayment vouchers received from their borrowers (or other banks).

The scenario starts with the introduction of personal safe accounts (PSAs). This initiates a gradual outflow of savings from the banking sector, forcing banks to refinance themselves increasingly in a market-oriented way, based on deliberate and informed risk-taking by investors. Banks who are unable to refinance themselves under free market conditions get access to additional credit from the central bank.[8] This is a temporary situation, though, which is reversed by the modern jubilee (MJ) through issuance of debt-repayment-vouchers to euro-area citizens and Member States. The MJ reduces both debts to the banking sector, and debt from the banking sector to the central bank.

After the MJ, the central bank discontinues all activities that enforce parity between bank deposits and the currency (euro).[9] Remaining bank deposits, which have not been withdrawn in physical cash nor transferred to a PSA, get a free exchange rate with the currency. From then on, money on PSAs together with physical cash (notes and coins) are the only forms of money backed by the State. Other liquid stores of value are excluded from government backing. This includes discontinuation of all running credit facilities of the central bank to private banks and abolition of the institution of lender-of-last-resort. As a result, the remaining financial assets of the central bank lose monetary relevance. They can be managed as investments. The profits from these assets flow as dividends to the shareholders of the central bank, among which those who became shareholder by conversion of unused debt-repayment-vouchers.

After the MJ, bank-funding (and funding of the economy in general) fully depends on deliberate risk taking by informed investors. Funding is derived from pre-existing balances on PSAs. Post-MJ, monetary policy is focussed on the liquidity buffers on all PSAs to provide financial stability and financing of the economy. It is thus not focused on the liquidity of banks and other financial institutions. PSA balances are transparent to the post-MJ monetary authority (MA).[10] Three instruments are available to the MA to control the money on PSAs.[11]

The first (1) is issuance of new money, by crediting the safe account of the Treasury. This new money is given for free to the Treasury. There is no obligation attached to it, apart from the obligation to include it in the general budget and lend or spend it into circulation.[12]

The second instrument (2) concerns the determination of the amount that can be hold freely on each PSA. The third instrument (3) concerns the rates for progressive taxation of excess balances on PSAs (surpassing the free amount). The MA is bound by a zero inflation (and zero deflation) target; thus to absolute price stability.[13] Under that restriction it must ensure the availability of sufficient liquidity buffers, in the form of PSA-balances, well spread throughout society, at all times. Sufficiency of the liquidity buffers is determined on the basis of interest rates, now undistorted by any policy rate, and the capacity of society to cover financial losses and flourish to its full potential.

Two additional instruments (4 and 5) are available to the MA to stimulate investment. It can (4) expand the money quantity instantly by crediting the PSA of a public bank which lends new money into circulation. The MA (5) sets the interest rate at which new money is to be lend into circulation by this public bank. These two instruments enable the MA to cap market interest rates and instantly expand the money quantity to finance the economy. The MA gives the money to the public bank for free, under the condition that it is lend into circulation within a certain time frame and at a certain interest rate. Money which is not lent in time expires upon which it is removed from the PSA of the public bank.

Download as a pdf. Other publications of Ons Geld in English.

[3] According to Ons Geld, cash money embodies the currency whereas debt-based money, such as deposits, represents a claim to money. Debt-based money is inherently unstable and prone to runs and credit risk, whereas cash is free of credit risk and stable if managed properly.

[5] A similar proposal was the subject of an IMF-working paper by economist Michael Kumhof ‘The Chicago-plan revisited’ (Benes J., M. Kumhof, 2012, The Chicago Plan Revisited, IMF Working paper). In this paper the ‘jubilee’ concerns both public and private debts. Public debt is settled as government bonds are bought from banks against the cancellation of treasury credit. Private debt is settled upon transfers of treasury credit balances by the government to restricted private accounts that can only be used for the purpose of repaying outstanding bank loans. The modern jubilee presented in ‘The Chicago Plan Revisited’ is preceded by an overnight transition to full reserve banking, in which the banks instantaneously increase their reserve backing for deposits to 100%, by borrowing from the treasury. This proposal draws on work from the 1930-ies of Henry Simons and Irving Fisher which is known as ‘the Chicago plan’ and ‘100% money’. The Ons Geld proposal is inspired on the work of Benes and Kumhof and attuned to practical and political reality and geared towards the possibilities offered by digitization. Ons Geld envisions a controlled and gradual transition towards full reserve money which enables the banking sector to refinance itself primarily on the market.

[9] Parity is a fundamental aspect of monetary policy. See for instance BoE (2018) Staff Working Paper No. 725, Central bank digital currencies, design principles and balance sheet implications, p. 8. In addition to parity between the currency and deposits, central banks also enforce parity between various money market instruments and the currency. Undoubtedly, they will soon also consider enforcing parity between stablecoins and the currency. In the Ons Geld proposal all activities that enforce parity are discontinued as the money system transitions to a cash-only system which solely consists of physical and digital cash.

[12] This is compliant with article 123 TFEU because it is not a credit facility as the money is given for free.

[13] Because the MA has the power to issue money debt free to the Treasury it can increase the money quantity without increasing debt. It does not depend on inflation to implement its policies. It can therefore be bound by absolute price stability.