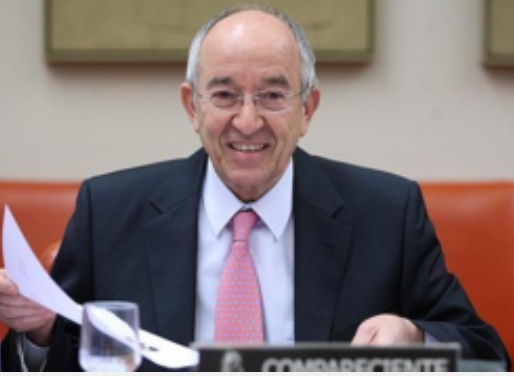 A different vision of money and banking

As part of their web conference series, “Monetary and Economic Aspects of the Corona Crisis”,  IMMR member, Monetative e.V. held a CBDC presentation and Q&A with Miguel F. Ordonez, former Governor of the Bank of Spain on October 15, 2020.  You can watch a replay of the session here:

Many thanks to Monetative for inviting me to this seminar. I´ve learned a lot from Monetative and I am delighted to share with you my thoughts on the CBDC debate.

This is an interesting time. I never thought it could come so soon.

The explosion of reports, documents, conferences, the extensive and intense work of public and private entities, is being a revolution. Now it is a revolution in ideas, but it will end up having effects on reality. It will end up transforming money and the financial system.

This interest in CBDC appears now when, just two years ago, the idea of public money accessible to all citizens was ignored by most central bankers, by finance ministers, and by most of the academic economists.

So, before I deal with the current debate on CBDC, I will compare the conventional view of our monetary system with the view of those who propose to replace the current private and fragile money with a public and safe money which would allow the full liberalization of banking activities.

The most serious problems of our current system are the lack of stability, an indirect monetary policy and the lack of innovation and competition in the payments market. There are other problems, but these 3 are the most important.

Most economists have held the belief that these problems could be mitigated by increasing regulation and state protection of banks. This explains why, after every banking crisis, the reactions of the authorities have always been to approve more regulation and more protection for banks.

This happened after the great crisis of 2008. Most economists and those responsible for governments, central banks and international organizations agreed on the diagnosis of the crisis. “The market has failed,” we all said. Not only leftist economists but even liberals like Alan Greenspan confessed the error of having believed too much in the market.

The result of this diagnosis was to increase state interventionism and protectionism. The volume of regulations multiplied with Basel III. New supervisory bodies were created. Deposit guarantees were extended. And central banks increased the volume and variety of their interventions, reaching levels of interference in the markets that years ago would have been inconceivable.

(THE SOLUTION TO THE PROBLEMS)

But in those years, a minority of thinkers emerged who proposed a different solution: to replace the fragile money of bank deposits with a Public and Safe Money issued by central banks.

The cause of the problems is that private money is not safe money. If we had safe money, we would not need all the protections and privileges that banks have, and we could also eliminate the prudential regulation with which regulators believe they can prevent bank failures.

From this different point of view, the diagnosis that the market was to blame for the Great Crisis was wrong. On the contrary, the problems are the consequence of a system in which the State, for many years, decades, even centuries, and in order to avoid bankruptcies and deposit runs, has increasingly protected the banks with all sorts of privileges and regulations so that citizens could use bank deposits as if they were Safe Money without fear.

In the first place, it is curious that the idea of introducing public money has not jumped from theory to reality because public authorities would have wanted to solve the stability problems of our system, but has arisen due to inefficiency in payments.

It has been the slowness, the cost of payment services, the exorbitant commissions charged in cross-border services, the exclusion of millions of people who do not have bank accounts and the lack of innovation in these services that has led the public money idea  to jump from theory to practice.

It has not been the public authorities, it has been the private initiative, that is forcing the authorities to consider the need for such a reform. Facebook’s initiative to launch Libra has been an important driver of this debate and we could also mention the Central Bank of China project and even the Coronavirus.

Whatever has led us to consider introducing CBDC, how do we evaluate it?

We know the benefits of sovereign money that will completely replace fragile private money. It is what we could now call a “full CBDC”. But this is not what is being discussed now, but the introduction of a “limited CBDC” to prevent it from hurting private banks.

How do we evaluate this “limited CBDC” from a public interest point of view?

Certainly, the introduction of a limited CBDC will not imply a system change in its first phase. The conventional view will continue to predominate. Access of all citizens to public money will be limited to avoid its negative impact on commercial banks. Bank deposits, those fragile assets, will continue to exist. The problems of systemic instability and ineffectiveness of monetary policy will subsist.

All of this is true, but the work that is now being done to introduce a “limited CBDC” is very valuable and absolutely indispensable to achieving a “full CBDC”.
In the first place, much progress is being made in solving many technical issues such as the choice of the best technologies, the design of architectures that give an adequate role to the private sector, the interoperability of the different platforms, or the different ways of ensuring the privacy desired by users.
And many more. To get an idea of the many important topics being studied, I recommend reading Table 1 on page 11 of the latest BIS report.

All this enormous expert work would have been equally essential in a project that proposed to replace all private deposits with public money and therefore this limited CBDC will facilitate the transition, in the future, to a full CBDC.

Most importantly, the limited introduction of CBDC has already served to spread knowledge about the benefits of public money to many experts and analysts who until now have practically ignored the idea of replacing the current system with a more stable one. And the mass media, still barely dealing with digital public money, are likely to start reporting on it.

The public consultation opened by the ECB should serve to complete these works with the vision of the public interest and the participation of civil society.

I will end by saying a few words about the future of the financial system, once this limited access to CBDC is in place.

Despite the limitations that are finally imposed to protect the banks, when payments with public money are opened to new competitors, banks will begin to feel their disruptive effects. These disruptions will have the positive effect of alerting banks that they will not be able to maintain all the privileges and protections of the State forever, and this should encourage them to transform themselves into entities that can function in a world totally subjected to competition.

Today banks have high-quality human capital because they have been able to offer high salaries to the best professionals. These managers must transform their entities so that, without state aid, they can offer what users want. Citizens and companies will no longer be captive, they will no longer be forced to go through banks to make their payments.

Banks now see the evils of allowing citizens access to public money. But, at some point, they will realize that, by giving up creating deposits, they will be able to develop other financial activities more profitable than this business. In addition, they will be freed from complying with strict regulations that would no longer have justification since public money will be totally safe.

Those banks that do not adapt to what users want, will disappear. But normally, some banks will adapt and survive. This has occurred in other sectors – air transport or telecommunications, for example – where technology and liberalization have radically altered the inventory of companies.

The improvement in payment services will be the most visible effect because new providers will offer a variety of new services that we cannot even imagine today.

Innovation is the most important effect of competition.

Furthermore, the use of public money by all citizens will draw attention to other problems in the current system. Today people are unaware of these serious problems because the protection of the State has an “anesthetic” effect, which prevents them from feeling the problems because the objective of subsidies and protections is precisely that depositors do not realize the vulnerability of private money.

But the introduction, even limited, of public digital money will be a Pandora’s box that will increase the demands of keeping all money safe and removing unnecessary protections.

In the specific case of the euro zone, people will realize that we would not need a common deposit insurance or a common resolution fund, issues that are producing a confrontation between our countries, because the digital euro would not be fragile. It would not depend on the solvency of private banks.

We would not need more capital injections to save banks and monetary policy would not require massive interventions in financial markets because the central bank would not need to manipulate interest rates.

Certainly, there will still be problems in the financial system, but we will no longer have the problems that we have created, with the many regulations and protections of the State.
Now, after the failure of planned economies, in most countries of the world, both the production of goods and services and part of the financial system are already subject to market rules, but banking services are still heavily intervened by the state and this is damaging growth and welfare.

We all know that social goals are better achieved by correcting market failures than by suppressing the market.

When this phase of introducing public money into our system ends, when all citizens can use a digital euro, the benefits of moving from the current system to a different, safer and more liberalized system will be seen more clearly. And the debate, which is now focused on the introduction of public money, will focus on the design of the best transition formulas.

If today we are discussing the introduction of a “limited CBDC”, tomorrow we will talk about the “transition” to a “full CBDC”.

In any case, the path to that future, like everything in history and life, will not be linear. Most likely, the future will be as the present, an unpredictable mix of disruption and reform.

Thank you very much.