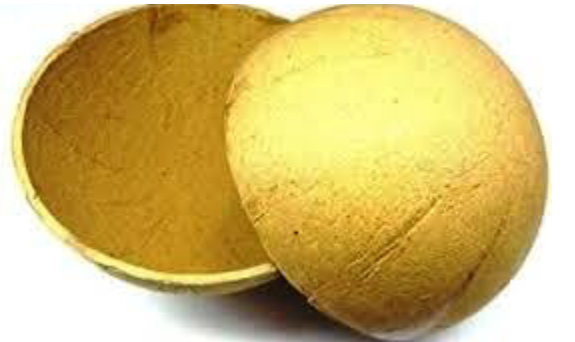 The Real Economy and the Financial Economy

The financial economy is subdivided into two functional hemispheres, one that contributes to financing the real economy, while the other does not, in short: GDP finance and non-GDP finance. GDP finances include, for example, loans for funding real-economic investment and other expenditure, a firm’s equity and debt, as well as taxes, social security contri­bu­tions and government bonds to finance public spending. Non-GDP finances include, inter alia, secondary trading in shares, bonds and other securities, real estate as a pure capital investment, or most of the trading in derivatives and foreign exchange. The occasional dual nature of financial transactions does not alter the functional difference between them.

Starting around 1980, there was a strong surge in global financialisation. Growth of non-GDP finance exceeded nominal GDP growth several times over. New IT and securitisation methods have played a role in this, but even more so the expansion of money supply – the creation of bank deposit money (bankmoney for short), which is systemically dominant and refinanced, to a small fraction, by central-bank base money. In addition, new money surrogates based on bankmoney have emerged, such as money market fund shares, partly now also e-money and stablecoins. For a long time, the bankmoney regime remained the misjudged factor behind the disproportionate expansion of non-GDP finance and ensuing problems.

The greatly expanded money supply for non-GDP finances is not per se at the expense of the real economy, nor is government borrowing at the expense of private sector funding (crowding-out hypothesis). For modern fiat money can be freely created for all sectors of the economy, by banks, central banks and shadow banks, certainly not without complying with certain requirements and rules, but basically in any quantity deemed appropriate.

The problem thus is not a lack of GDP finance, rather: too much non-GDP finance. In recent decades, most of the money, or credit respectively, went into non-GDP transactions. Money invested in non-GDP finances will largely remain within in this hemisphere. Even the money that initially flows into GDP finances keeps circulating there only partially, while the other part drains off into the non-GDP hemisphere.

This also applies to government expenditure funded by traditional deficit spending or its continuation in the form of indirect monetary financing of government expenditure through quantitative easing, that is, the purchase of government bonds by central banks. Most govern­ment spending initially certainly serves the real economy, but over time these funds will migrate to the non-GDP hemisphere. This is all the more true when, in the event of a finan­cial crisis, central banks on their own initiative provide additional reserves (central bank money) to banks to support the entire financial sector (including government bonds).

The oversupply of money, to the extent it is taken up as borrowed capital, causes the trend of falling interest rates that has existed since about 1980 as well as – not only, but also because of this – low consumer price inflation. In a seemingly paradoxical way, however, low interest rates, rather than stimulating real-economic activity, are boosting non-GDP finance. Instead of inflation, the money overhang is largely generating asset inflation, i.e. rising asset prices and an increase in the volume of securities and other financial assets. There is no self-limitation of financial-market dynamics in terms of efficient-market equilibrium economics. Quite to the contrary. Driven by positive feedback loops, over-investment and over-indebtedness recurrently occur – partly sector-specific, partly involving the entire financial economy – exceeding the limits of financial carrying capacity and resulting in financial crises.

The disproportionate rise of non-GDP finance and ensuing financial crises is not neutral. Financial crises almost always trigger economic and business crises. More than serving productive structural change, they cause counter-productive destruction of capital, including human and social capital, not to mention social and political division. Social division also results from the fact that non-GDP financial income gives the same purchasing power as earned income, and thus direct access to GDP. Non-GDP finances cause income and price relations to spread apart upwardly, resulting in increased inequality of income and wealth. Earned income is increasingly left behind by non-GDP financial income; prototypically evident in home ownership and rents, but also all other goods and services that are more than hitherto determining status and lifestyle.

What to do? Non-GDP finance builds savings, reserves, proprietary capital, financial wealth. Which is something useful and desirable. The perspective will therefore be to curb the excessive overshooting of non-GDP finance.

In terms of monetary policy, this requires first of all central banks to be in charge of controlling the problem and able to effectively transmit steering impulses to the markets. Policy transmission is all the more effective the more there is central-bank money serving as a quantity lever. A key role at this falls to the intro­duction and large-scale use of CBDC (central bank digital currency, also referred to as sovereign digital currency) to supplement and finally replace solid cash as well as to compete with bankmoney (even if a complete sovereign money reform that would overcome the bankmoney privilege seems unlikely at present). Notwithstanding, the legal mandate of central banks needs to be specified more expressly and completed regarding tasks, targets and instruments – while maintaining separate responsibilities for monetary policy (central bank) and fiscal policy (government and parliament).

Other suitable instruments of financial market policy include the revenue-neutral expansion of a financial transaction tax within the framework of all turnover taxes, furthermore lock-up periods for trading positions held, as well as tiered interest rates on GDP transactions and non-GDP transactions. On the fiscal side, income tax should be better differentiated for the top 10–5–1 percent of income earners. Where there is a wealth tax, a similar approach should be applied. Inheritance tax should spare business assets and owner-occupied housing, but should implement higher tax rates on non-GDP financial assets.